As I stated in the first post, the Multi-Kill traps are great when you have lots of mice to deal with. The only issue is that after awhile I stop checking them as diligently and this becomes a rather smelly problem. Enter XBee!

XBee's are neat little wireless modules that handle the dirty work of signaling. I use the Series 1 XBee with the wire antenna. It is very easy to setup, which allows the remote XBee to cyclically send data to the receiver base XBee.

I use Linux (namely Ubuntu) for pretty much everything these days. Unfortunately the XBee X-CTU application is Windows only. However, it is known to work with Wine and in my experience it works very good. (Here is a guide for setting up the X-CTU in Ubuntu).

Here is the plan:
This post will focus on the hardware modification to integrate the remote (transmitting) XBee into the mousetrap. I determined that the best place to acquire the +5 and GND where on the back side of the controller board. I used +5V because the adafruit module I 'm using has a built-in 3.3V regulator. Here are a few pictures showing the install.

Using a bit of shrink tubing solder the yellow wire to AD0 and the orange wire to AD4 of the XBee carrier board shown above. Once connected, solder the I soldered the wires as shown below.

Once the mod was completed I positioned it as shown above. I used a small amount of 2-sided tape to stick it the top of the battery compartment. The board fits between the back of the motor and the side of the trap. I drilled a small hole in the top of the trap for the XBee green led to protrude through the front. This is pictured below: 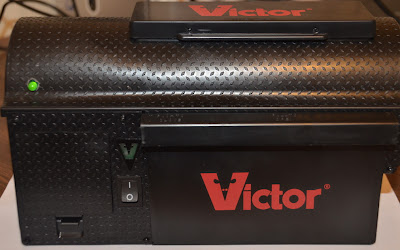 Next up I will talk about the programming and data collection...

Posted by Unknown at 4:55 PM No comments:

Digi's X-CTU is a Windows only application. However, it can be made to run quite well under Linux. This is how I set it up under Ubuntu 12.10. (I used Google to find the answers to many of my questions. Thanks Lazyweb.)

Linux requires users to have permissions to access hardware. In this case the user needs to be a member of the dialout group. Do the following as the user you intend to run X-CTU under:
sudo adduser ${USER} dialout
Note: You will have to logout and login for the changes to be fully realized.

Note: I used both uppercase and lowercase "COM" because it seemed that the lowercase worked when I was troubleshooting.

Every time you run X-CTU you will need to add the user com port. I used '5' below for COM5, which represented /dev/ttyUSB0 on my machine: 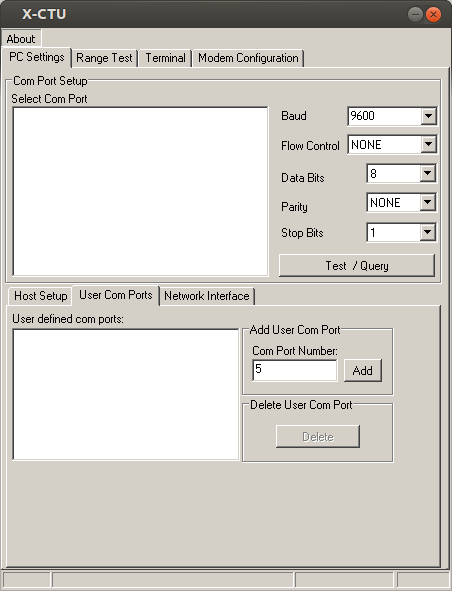 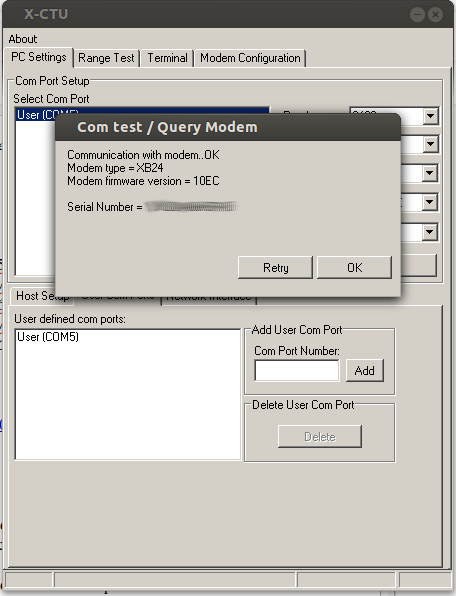 One of the things that doesn't work in X-CTU under Wine is the auto firmware download from the web. However, when you download the files manually and extract them to the correct location, you can update the XBee just like under Windows.

Now from within X-CTU, add the updates using the Modem Configuration tab and clicking on "Download new versions..." button. Then click on the "File..." button and choose the zip file under the update directory. Restart X-CTU and the new firmware should be available.

To update the XBee select the correct serial port and click on the Modem Configuration tab, then check the "Always update firmware" check box. Next select the correct Modem, Function Set, and Version (It appears that the list of versions are ordered in reverse, whereas the newest firmware is listed first). Once selected, click on the "Write" button. See screenshot below: 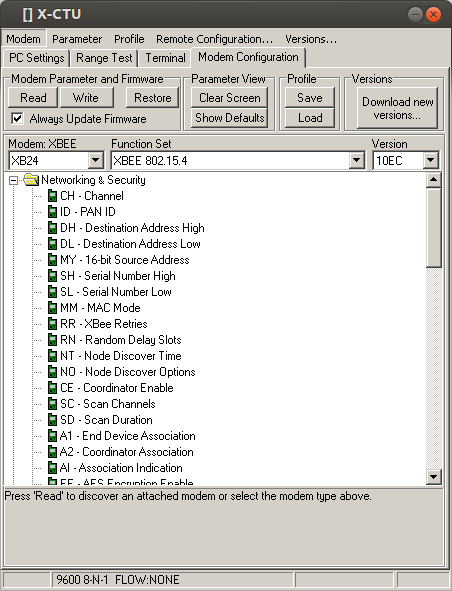 After removing the controller board from the back of the battery compartment, I began documenting  wires and board traces to determine what made the trap tick. This particular mousetrap was purchased in Dec, 2012. I also have one that was purchased awhile back that operates the same as this one, however, I haven't taken it apart to see if the components are different. Keep in mind, if you do this mod at a later date, things may have changed.

The controller board of the mousetrap has components on both sides as shown below:

The MCU is the 8-bit EM78P153SNJ. It is responsible for running the predefined program for the mousetrap. Based on my observations and various trap exercises the system operates like this:
Note: the lid switch is in series with the toggle power switch so if the lid is open there is no power to the controller board. From a wire continuity perspective:


The remote LED board will be used to vampire the signal from the trap:
In the center of the "back" of the board I probed a good solder point to get the needed +5 and GND for my design, which I will talk about in the next post....

Posted by Unknown at 4:27 PM No comments:

The mouse trap is very easy to disassemble. There are four screws on the front around the battery door, one screw on the front right holding the top down, and then two screws at the back along the top of the top cover. 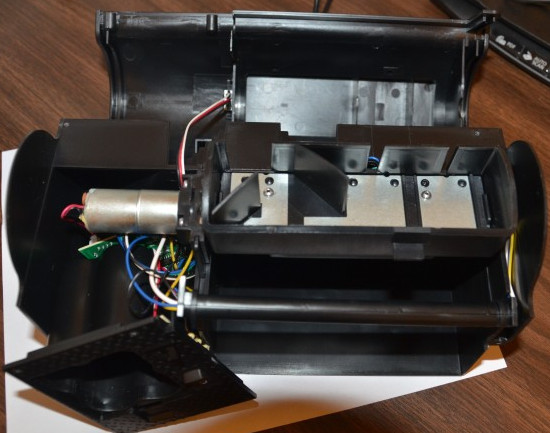 In order to pull the battery compartment out of the trap, the lid switch lead needs to be unplugged from the back of the circuit board. NOTE: Victor did an excellent job making this repairable. Each major component is connected to the board with a plug and socket NOT soldered to board. Kudos.

Here are some close up pictures of the various parts of the trap:


Next up, identifying the main components of the circuit board and the design for getting this information to an email.
Posted by Unknown at 1:12 PM No comments:

So this blog has been dormant for awhile and my son and I have been working on a project. So what better way to bring this tired blog back from the dead!

I've been using the Victor Multi-Kill for the past year or so. It works very well. It uses a humane killing mechanism that electrocutes the mouse when it enters the chamber. The mouse is dispatched quickly, then it is disposed in the collection drawer. The drawer will hold up to 10 mice between resets. Over the last year the only problem I've had with the trap is that sometimes we forget to check it for mouse remains (in the summer time that is a serious problem). Below are a few images of the unit: 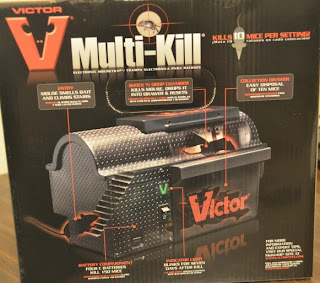 My plan is to modify this machine to send an email anytime a mouse is killed or if there are any issues needing attention.

-----
Resources:
1. The Victor Multi-kill is available at http://www.victorpest.com/store/mouse-control/m260
2. Peanut butter seems to be the best bait.
Posted by Unknown at 12:50 PM No comments: